This is it! Ferals #6 sees the first storyline of David Lapham‘s epic werewolf reinvention come to a close!
He’s been beaten up. He’s been sliced open and left for dead. His friends have been killed, his lovers have been slaughtered. Now, bad-ass officer Dale Chesnutt is going to confront the people responsible for his torment. And they’re gonna pay, whether they’re unstoppable werewolf monsters or not. What role will the FBI agents on his tail play when the final confrontation takes place? Will Dale get his revenge on the killer of his one-time lover Gerda, the mysterious woman who infected him with a mysterious malady?

We are proud to share this preview. Enjoy!
Ferals #6 is written by David Lapham (Crossed: Psychopath, Dan the Unharmable), and features artwork by Gabriel Andrade (Lady Death). The issue, available in stores today, comes available in three standard issue cover variants: Regular, Gore, and Wraparound. Some comic shops may carry an additional cover variant, the Slashed edition, which is only available as an incentive to those retailers that qualify. 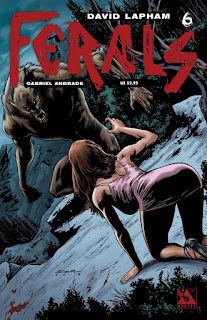 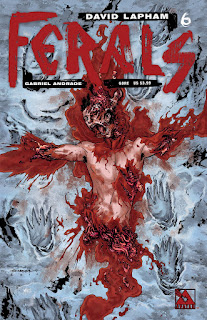 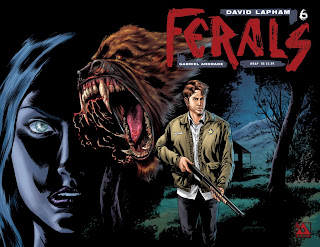 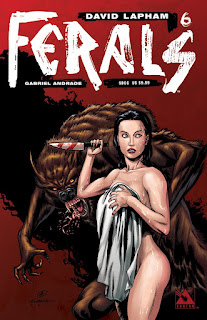