The second arc of God is Dead, entitled Book of Acts, takes the form of a 2 part all-star team up under the guidance of series writer Mike Costa. In “Alpha”, he’s joined by Rafael Ortiz on the artwork for his own story, but also by Alan Moore with Facundo Percio and Simon Spurrier with Gabriel Andrade, each telling stories of returned gods behaving far differently than you might expect and showing the ways in which we create and empower the myths which drive us. Moore casts himself as a character in the plot when his ‘snake puppet’ god Glycon is demanded to manifest himself on earth while Spurrier takes a long walk down the road of media celebrity’s darker aspects when one of the Cherubim tries to reinstate his Biblical terror on earth.

Here’s some of our preview artwork for “Alpha”: 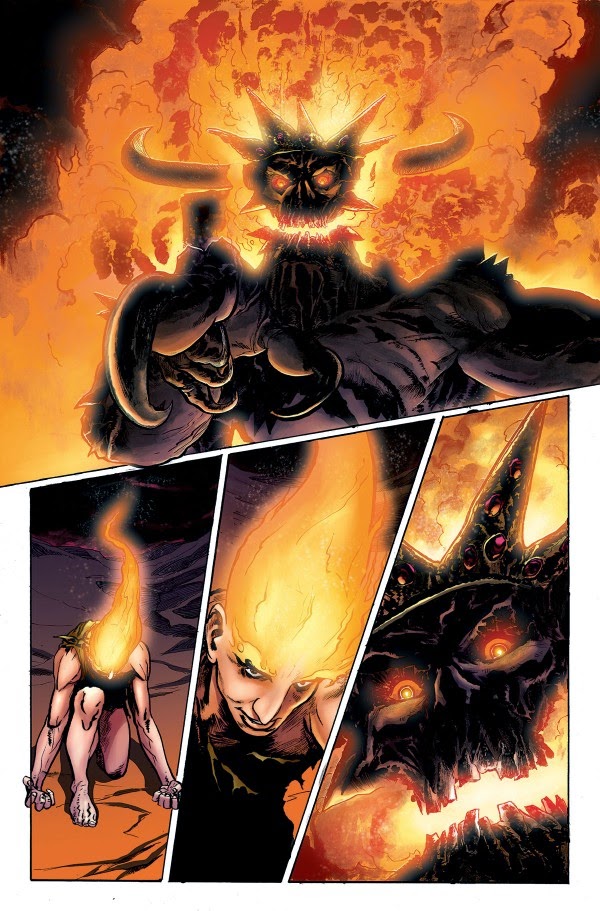 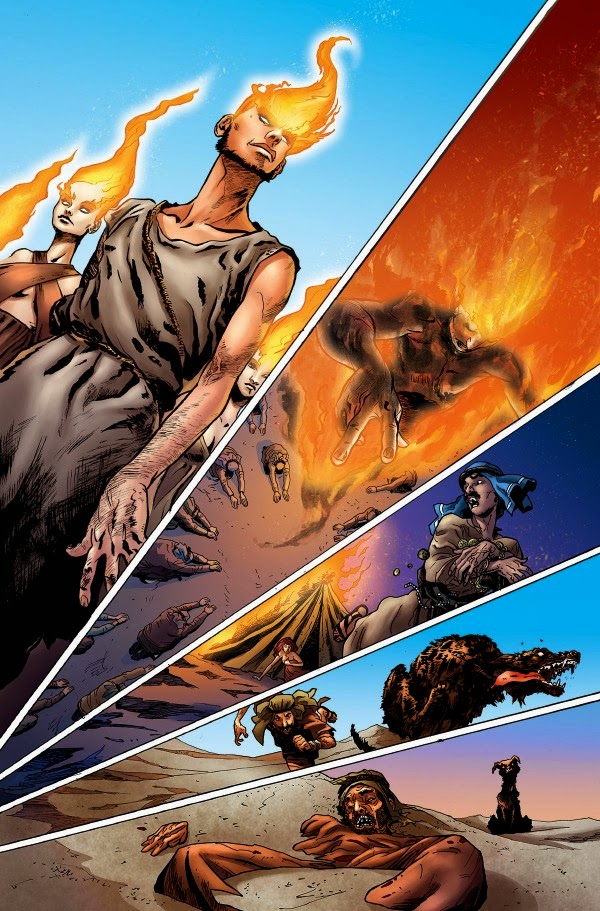 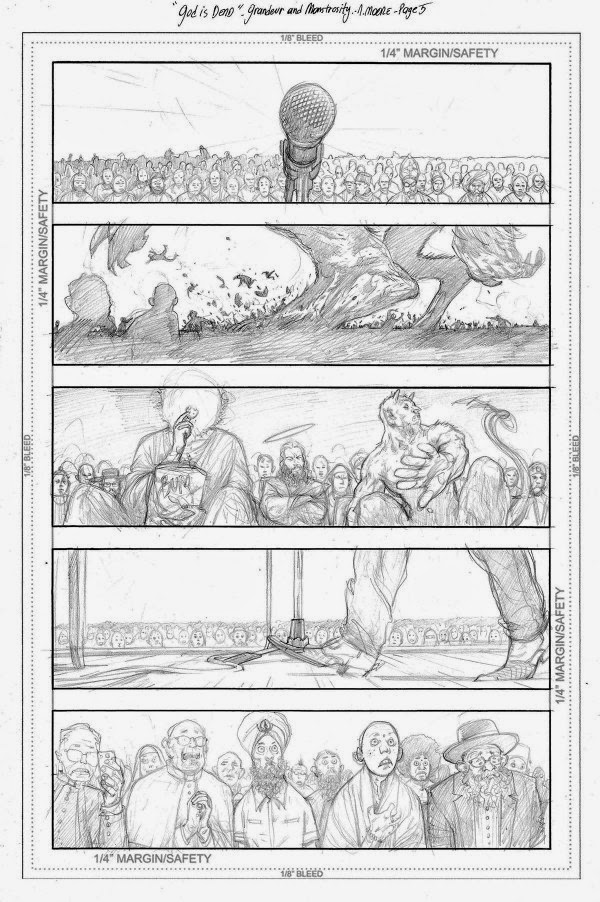 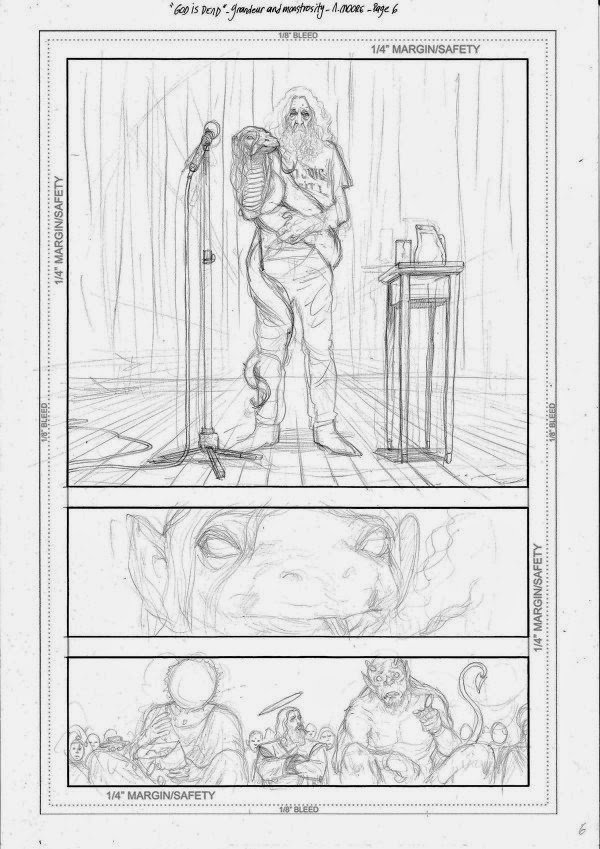 Two Pages made by myself here: 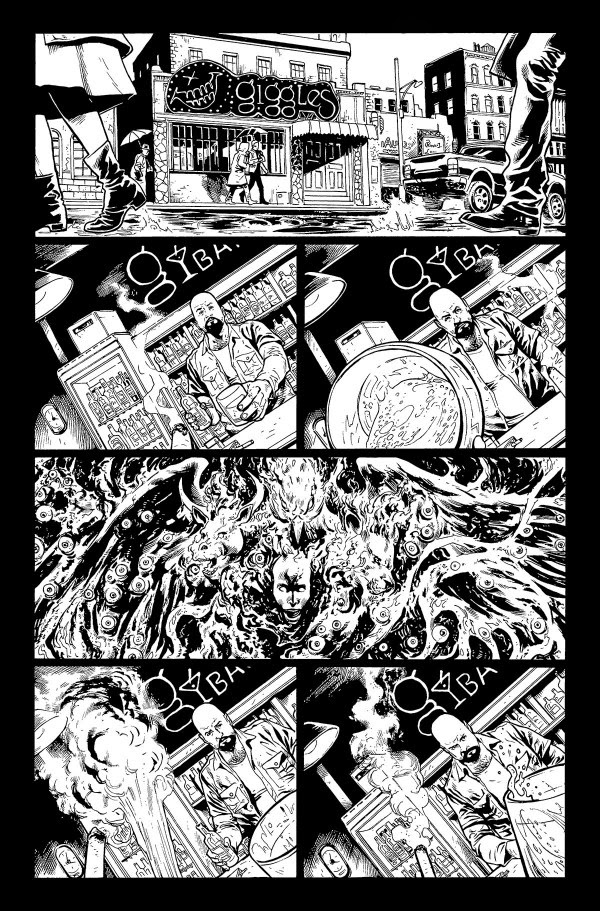 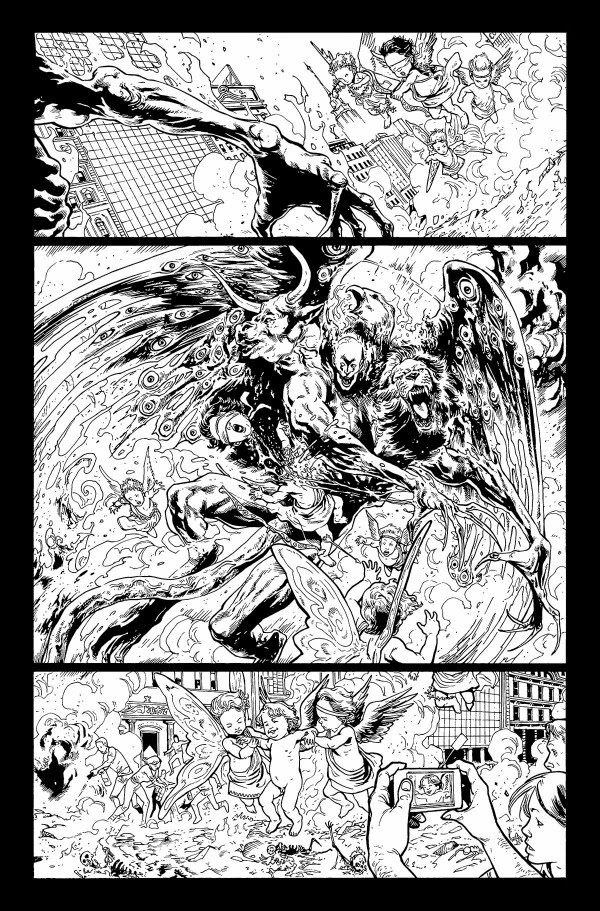 In the following God is Dead issue, “Omega”, Costa and Ortiz once again helm the main storyline, which continues to investigate exactly “who killed God” and what the implications of that might be for the future. They are joined by Kieron Gillen with German Nobile and Justin Jordan with German Erramouspe. Gillen creates a story that’s demonstrably dark and twisted, exploring the life and times of an arch demon in Hell coping with the death of God, whereas Justin Jordan weaves a tale of loss and isolation when the influence of the gods on earth is too great and inexplicable, reminding that awe is sometimes the only reasonable reaction to them.
And here’s our artwork for “Omega”: 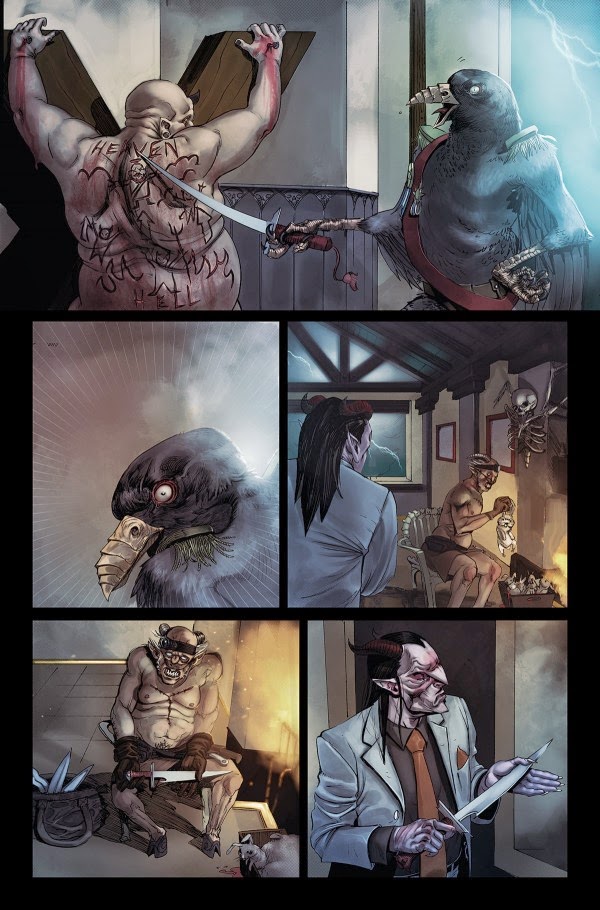 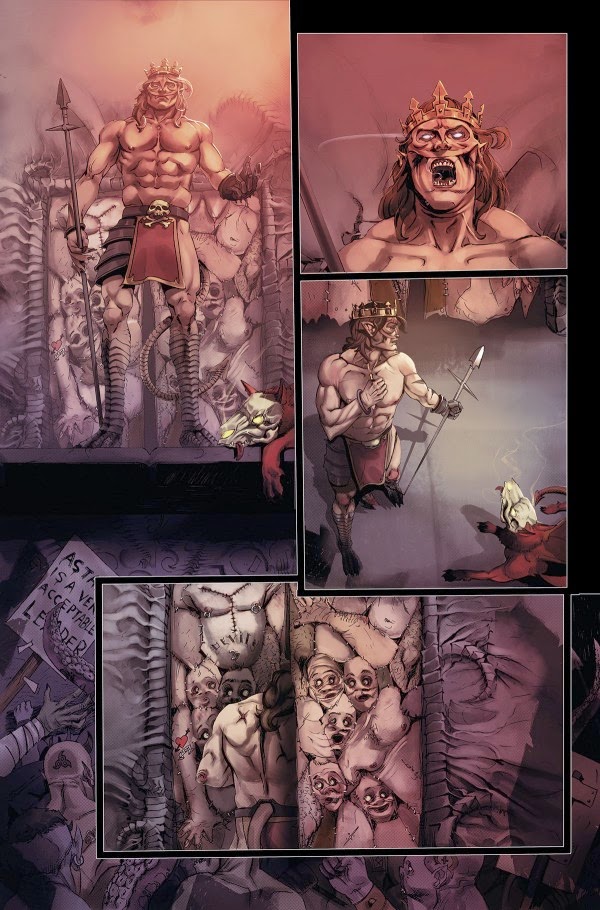 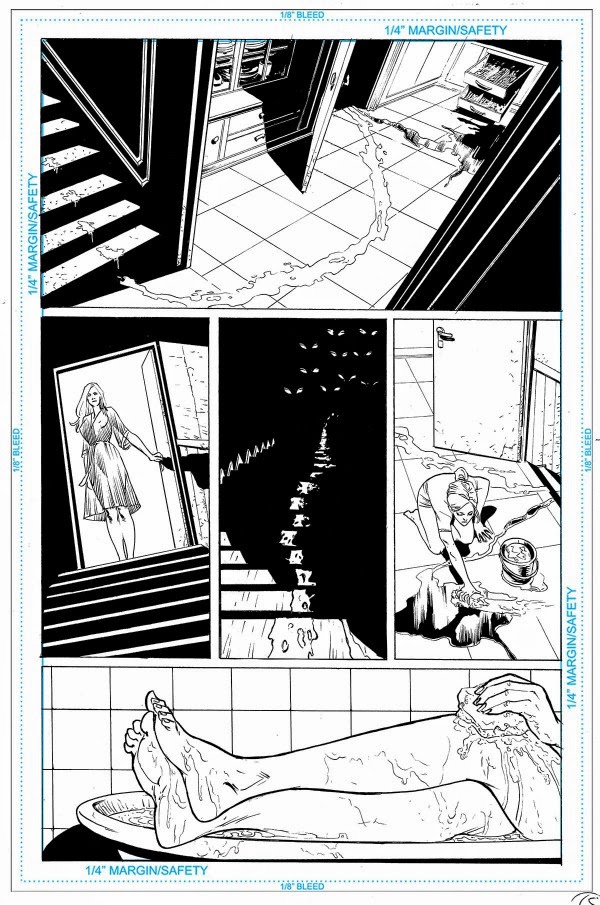