Alan Moore & Kevin O'Neill invite you & some of the best creators in comics to join them in a different kind of dark: CINEMA PURGATORIO 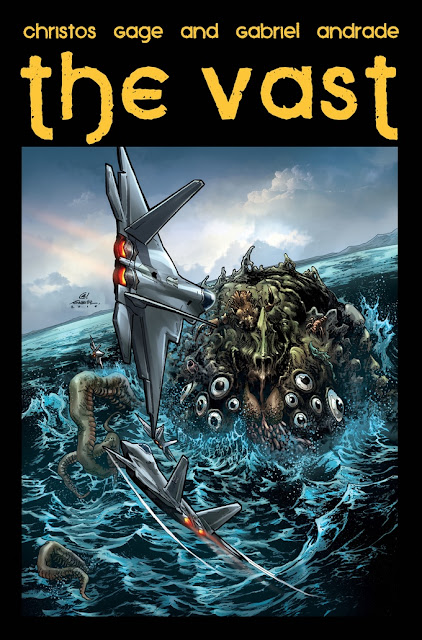 In a world of used ideas spun out into unending single-premise sagas and told in full cyber-enhanced Technicolor, unapologetically we offer up CINEMA PURGATORIO, a black and white horror anthology which reaches for something both new and startling beyond the endlessly recycled characters and concepts of the 60s and the 70s. An anthology, to let its authors exercise the discipline and the invention that only short stories can provide – and out of which the vast majority of today’s memorable franchises were created – and black and white in order to impose that selfsame discipline upon its artists by removing the alluring camouflage of colour and requiring the same values that the classic comic illustrators made their byword. Why shouldn’t the 21st century enjoy the craft and quality that the E.C. and Warren luminaries managed, but with an originality and freshness born entirely of our anxious present and uncertain future? Why shouldn’t the world once more have horror stories which compel their audience to tremulously tell themselves “It’s just a movie; just a film”?
CINEMA PURGATORIO is an unholy resurrection of the backstreet bug-hutches and fleapits practicing their eerie silver mesmerism on our post-war predecessors, drenched in atmosphere and other less identifiable decoctions. The threadbare arenas to a generation’s adolescent fumblings and upholstery-slashing rage alike, these peeling Deco temples were the haunted, flickering spaces where were bred the dreads and the desires of those Macmillan days; Eisenhower nights. Varnished with blood and Brylcreem, in our razor-collared cutting edge collection we restore the broken-bulb emporiums where, in the creaking backseats, modern terror and monstrosity were shamelessly conceived. In our worn aisles and glossy pages the most individual and inventive talents in contemporary comics are delivering a landmark midnight matinee in monochrome, intent on pushing both the genre and the medium beyond their stagnant formulas and into shapes that suit the unique shadows and disquiets of our present moment.
Take your curling ticket from the withered and embittered woman in the booth, regard uneasily the lobby cards for movies recalled vaguely from a clammy dream, then, if you dare, follow the failing flashlight-puddle of the usherette on down into a different kind of dark.
- Alan Moore